Who has by no means left their cellphone in a single place and realized too late that they’ve misplaced it? On this challenge we’ll search for an answer to the issue; every time you might be too distant out of your cellphone, “Don’t Lose Me” will blink and whistle, in addition to your cellphone will play an annoying sound (or a track of your alternative). 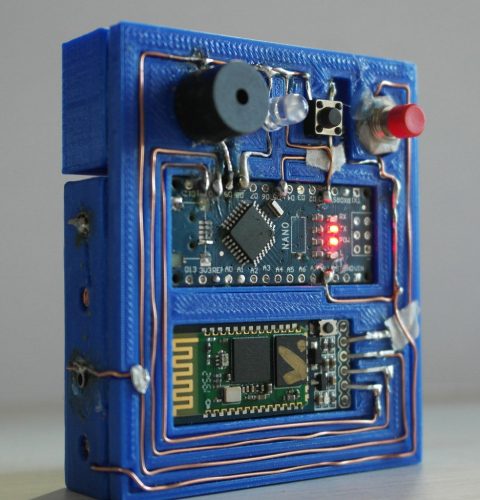 A Bluetooth connection is established between the cellphone and “Don’t Lose Me” (through the HC05 module). Your cellphone is continually sending knowledge to an Arduino Nano. When the connection is interrupted it’s for two causes: both you might be too removed from the cellular or you will have pressed the purple button. In each instances the outcome is identical, Arduino receives no knowledge and begins blinking and whistling, your cellphone detects that the info it’s sending has no receiver and consequently it’s going to play an alarm.

Wi-Fi for the Related World of the Future